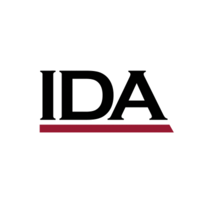 Dr. Raskind started as director in September, 2020.  He came from Wayne  State University in Detroit, where he served from 2012-20 in the roles of Professor of Mathematics, Associate Provost, and Dean of the College of Liberal Arts and Sciences. He has also held faculty and administrative positions at Arizona State University, the University of Southern California, the University of Arizona, and Harvard University. His area of research is arithmetic algebraic geometry, and his work has been supported by grants and fellowships from the National Science Foundation, National Security Agency, Centre National de la Recherche Scientifique, Alexander von Humboldt Stiftung, Japan Society for the Promotion of Science, and the Mathematical Sciences Research Institute (MSRI).  Dr. Raskind  holds a PhD in mathematics from the University of Cambridge in England, and a bachelor's in mathematics from the University of Pennsylvania in Philadelphia, PA.